The current Baltimore County Charter was written in 1955 when the County's population was 350,000 and each council member represented only 50,000 residents. Today our County's population is 856,000, and each council member represents around 125,000 residents. Additionally, our population is now half non-white, but six of seven of the county's current districts are majority-white. The County has had seven districts for 67 years, which does not reflect the County's growth or its diversity.

We have different ethnic groups that live here now that weren't even in Baltimore County in sizable numbers in 1955. We have a much larger African American population, we have many more Latinos, South Asians and other ethnic groups. Women have a different role and expectation of their lives. So do the disabled who make up more than 10% of the U.S. population, LWVBCo member Linda Dorsey-Walker told WBAL-TV 11. 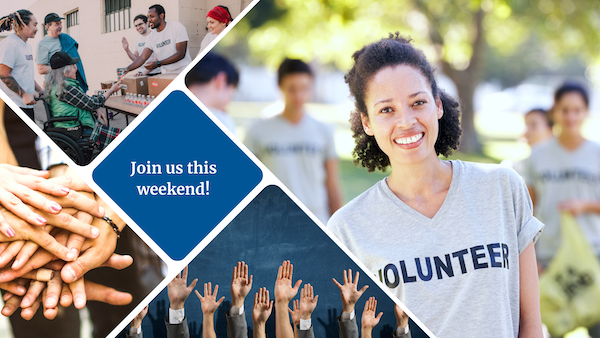 The public petition effort “4MORE 4BALTIMORE COUNTY!” aims to place a question on the 2024 General Election ballot to allow residents to vote to add four more council districts by amending the County Charter. This would reduce the population size of each district from around 125,000 to 78,000, increase the number of board and commission opportunities, and improve access to and participation in local government. The League of Women Voters is part of the Steering Committee for this effort, also known as VOTE4MORE!.

The committee needs to collect 12,000 signatures to ensure there are 10,000 valid signatures accepted by the Board of Elections to place a referendum on the ballot for the voters' decision. The original goal was to collect the signatures by Aug. 1, 2022 so the referendum would be on the ballot in the 2022 General Election. To date there are approximately 4,500 signatures. These signatures remain valid until one year after they are turned in to the Board of Elections. The new goal is to collect the remaining signatures by 2023 to include the referendum on the 2024 ballot. We must continue to pursue increasing the number of county districts to keep pace with the county’s growing population.

Overall, the County Council has not supported the VOTE4MORE! campaign. Baltimore County Council President Julian Jones Jr. of District 4 told WBAL-TV 11 reporter Rachel Duncan that he’s not convinced more council members would create a more effective and efficient county government. However, his actions outside of the media have been strongly opposed to more representation.

After the Teachers Association of Baltimore County (TABCO) Board of Directors voted to endorse the 4MORE! 4BALTIMORE COUNTY initiative at their May meeting, Jones requested a meeting with the board where he asked them to reverse their support. At a public meeting in Randalstown, Jones told meeting attendees who had already signed their names to the petition to unsign their names. Councilman Izzy Patoka of District 2, Councilman Tom Quirk of District 1, and Councilman David Marks of District 5 are all on the record for supporting only two more council districts.

Nearly six months into the petition-signing campaign, the County Executive finally spoke out in an interview with reporter John Lee of WYPR.

Looking at our growth over time in terms of population, our demographic shifts in Baltimore County, our large geography, I do think it’s time we take a look at expanding the council, said Baltimore County Executive Johnny Olszewski.

Four more districts would dramatically improve access, accountability, productivity and diversity in our local government for all people. Take a stand with the League and support representation in Baltimore County. You can get involved by:

Upcoming volunteer opportunities to collect signatures are below. Contact Linda Dorsey-Walker for details at 443-929-0652 or email [email protected] to volunteer.

(No need to stay for the entire event times!)