LWV Baltimore County is a non-partisan organization that empowers residents through voter registration, education and advocacy.

We envision a democracy where every person has the desire, the right, the knowledge, and the confidence to participate.

We help our members understand what is happening in local and regional politics and provide opportunities to be involved. We work together for the social justice and voter education necessary for democracy to flourish.

We believe in the power of women to create a more perfect democracy. 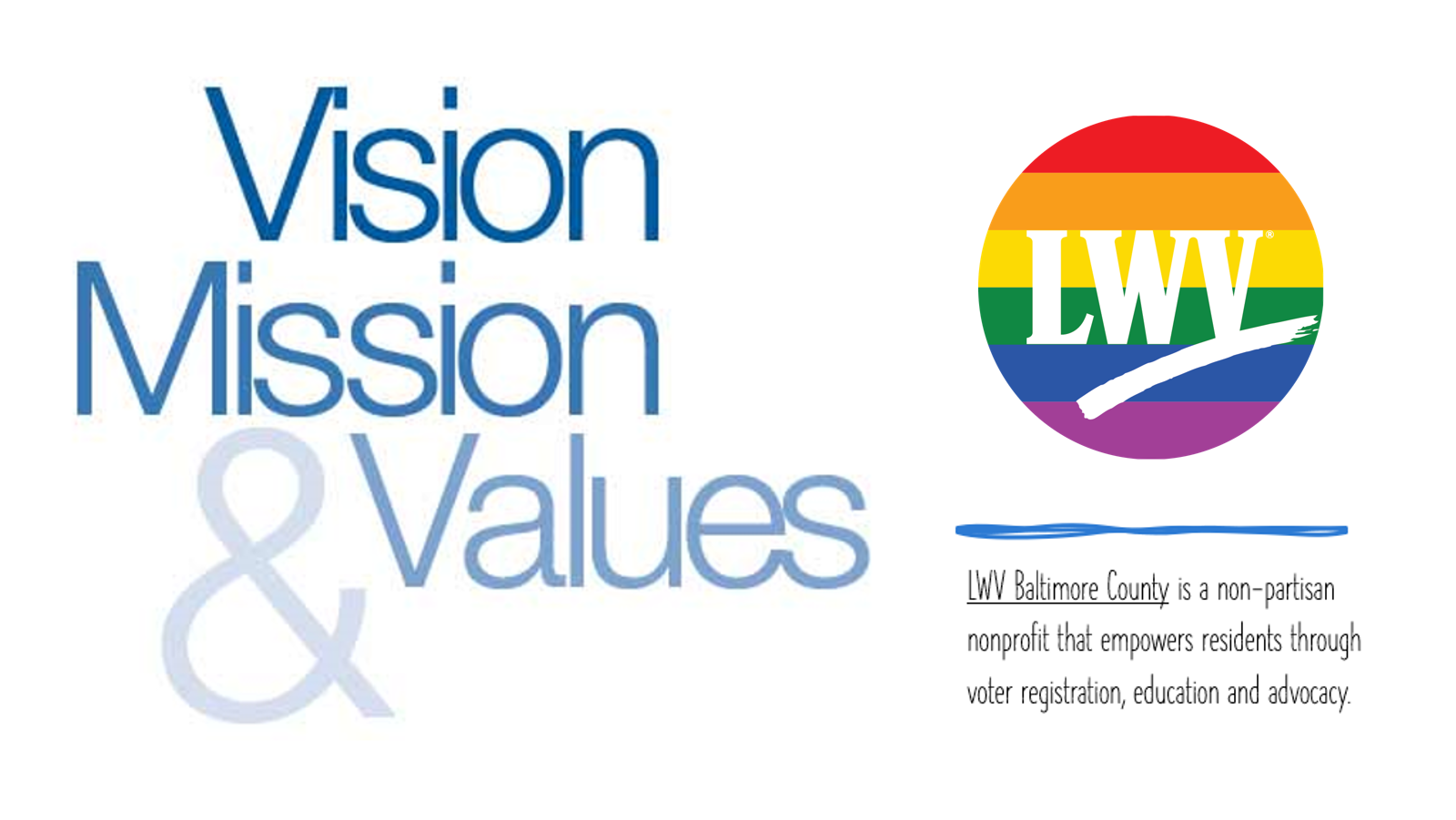 To ensure a free, fair, and accessible electoral system for all eligible voters, we focus on the following issues aligned with the Make Democracy Work Campaign®.

Voting is a fundamental right, and all eligible voters should have an equal opportunity to exercise that right. The League is dedicated to ensuring that our elections remain free, fair, and accessible.

At the national level, we support the direct election of the president by popular vote. In Baltimore County, we provide voter services that include voter registration, poll evaluation, and information about Baltimore County elections. We distribute this information through printed Voters’ Guides and VOTE411, our digital guide to election information such as where, when, and how to vote, and candidate information. We also hold candidate forums so residents can hear directly from people on the ballot.

Elections should be about the voters, not big-money interests. The League is committed to creating a more transparent and equitable small-dollar funding system, so all voters are valued no matter how much they can contribute to the candidate of their choice. Making sure that candidates are elected based on their positions instead of their funds empowers communities over organizations.

We promote transparent and accountable redistricting processes. We believe the responsibility for fair redistricting should be vested in an independent special commission with membership that reflects the diversity of people being served. We oppose partisan and racial gerrymandering that strips away voters’ rights. 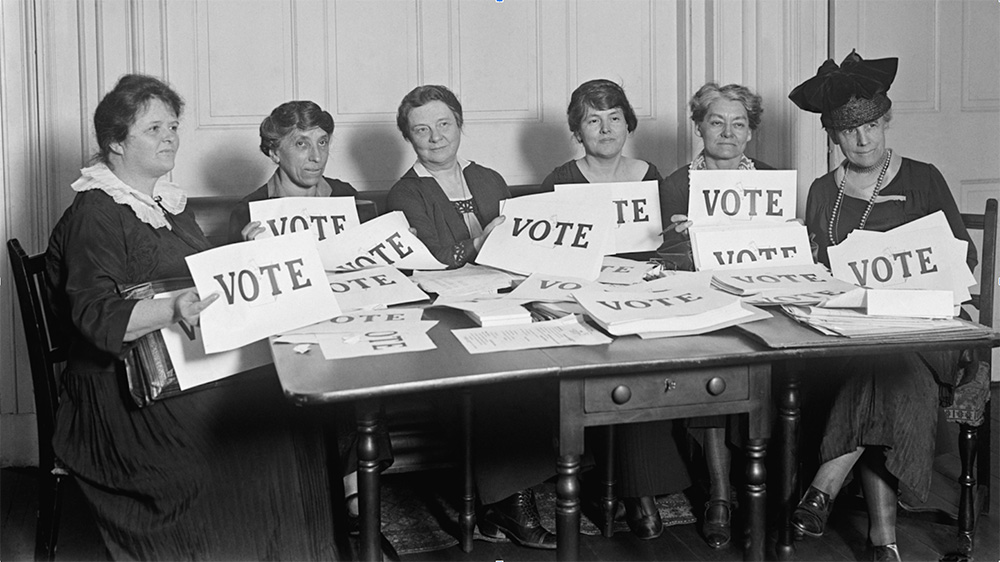 The founders of the League were instrumental in the adoption of the 19th Amendment to the U. S. Constitution, which gave women the right to vote. Six months before the amendment was ratified in 1920, Carrie Chapman Catt and leaders from the National American Woman Suffrage Association founded the League of Women Voters. The original purpose was to help 20 million women carry out their new responsibilities as voters. Unfortunately, our founders did not fight for the rights of Black women, who were widely prevented from voting until the passage of the 1965 Voting Rights Act. The League acknowledges our historical shortcomings in fighting for the rights of Black women. We now use our founders’ privilege and our current power to raise the voices of those who haven’t always had a seat at the table. Our Diversity, Equity, and Inclusion policies and our actions in our community prioritize the inclusion of all voices and the elimination of systemic racism.

For more information on our national history, visit 100 years of League of Women Voters.

“Never doubt that a small group of thoughtful, committed citizens can change the world; indeed, it's the only thing that ever has.”

The Baltimore County League has provided nonpartisan information for our residents for more than 60 years. Our solo and our coalition efforts have led to community successes such as: